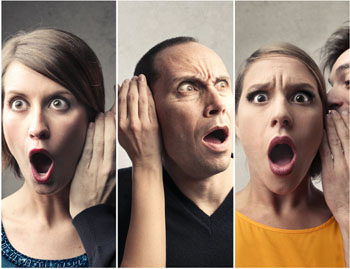 Rumors are one of the most persistent and enduring social phenomena. They have been a part of society since time immemorial and still affect how people behave and react. Rumors can be true, false, or semi-true. However, they can also be deployed for deleterious effects. For instance, they can influence crowd behavior. And they can be quite effective in affecting candidates’ performance in the political arena.

While rumor is generally regarded as a subset of propaganda, it is an important communication concept in its own right. Moreover, rumors can be used to control opinion and shape perceptions. This is particularly important for strategic communication.

A rumor is a story or statement that has been spread without confirmation, typically from an unknown reliable source. Generally, the purpose of a rumor is to make sense of ambiguous circumstances. In such cases, the accuracy of the statement is affected by various factors such as the source, group dynamics, situational variables, cognitive processes, and other situational factors.

Rumors are often discussed with disinformation and are often difficult to ascertain the origin of. However, some scholars have identified rumor as a subset of propaganda.

There are two distinct categories of rumors: bogie rumors and pipe dreams. Bogie rumors are statements of disputed or unconfirmed veracity, such as rumors about weapons of mass destruction or a person’s affairs. Pipe dreams, on the other hand, are stories that reflect the public’s desires and wishful outcomes.

Rumors are the product of many different cognitive and emotional factors. An anxious person, for example, is more likely to engage in a rumor-making activity. Another possible factor is peer pressure. People who want to rise up in their school or to become famous may talk about others in order to boost their own self-esteem.

Rumors have played a significant role in the Iraqi War and Hurricane Katrina. However, they can also be detrimental to the reputations of individuals. So, it is advisable to stay away from them. Despite the widespread acceptance of rumors, there are no hard statistics on whether or not they are more beneficial than they are harmful.

Propaganda is another form of communications which involves the manipulation of opinion through pictures, reports, and stories. It has been a major concern in the international intelligence community for some time. Consequently, a study of rumor propagation is of considerable importance.

One example of the rumors of rumor is the Chinese whispers experiment. Similar to the children’s game, this experiment aims to investigate the emotional needs of the community. The results indicate that information is not understood in the context of individual needs.

Another notable feature of rumors is the fact that they are a good source of information. Several online news sources, including Wikipedia, the Huffington Post, and BuzzFeed, have published quotations on rumors. These quotes are a fun way to learn about the various aspects of rumor. Nevertheless, it is still wise to avoid listening to rumors, because they are rarely trustworthy and can have negative consequences.

How to Get Started With Togel

Togel is a popular casino game in East Asian countries. While it was once only played in the real world, it is now highly popular online in western nations as well. Unlike playing in real time, Togel gambling online is much more convenient. You will not have to deal with the stress of making travel […]